Paraquat, commonly known as Gramoxone, has long been recognized by scientists as poisonous. Paraquat is so deadly that one sip of the herbicide is enough to kill an adult. The development of Parkinson’s disease, however, may be connected to recurrent exposure to paraquat at low doses, according to the growing body of research. One study found that paraquat exposure significantly raises the risk of Parkinson’s disease by 150 percent.

Evidence strongly suggests that persistent exposure to paraquat can raise the risk of acquiring Parkinson’s disease by 200–600%, according to the Unified Parkinson’s Advocacy Council.

Due to its extreme toxicity, the weed-killing herbicide paraquat is only permitted for commercial use. The most vulnerable groups to paraquat exposure are farmers and agricultural workers, but people who reside close to industrial farms may also be in danger. Numerous adverse effects are associated with this dangerous herbicide, including Parkinson’s disease. Suppose you or a loved one was exposed to paraquat and later developed Parkinson’s disease. In that case, you may be able to file a paraquat case for financial compensation to aid with any associated medical costs and lost wages. 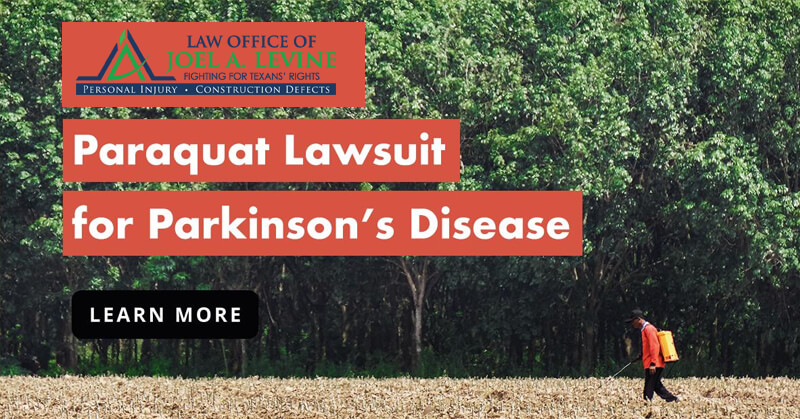 The usage of paraquat is prohibited in more than 60 nations. The United States Environmental Protection Agency (EPA) hasn’t done anything to limit pesticide use despite rising health worries and legal challenges regarding its link to Parkinson’s disease.

Agricultural workers and farmers continue to be in danger of exposure as paraquat use rises in the U.S. Numerous people have previously filed lawsuits alleging that Paraquat exposure caused their Parkinson’s illness and that Syngenta, the product’s maker, was negligent in failing to alert them to this grave risk.

How Often Is Paraquat Used?

Crops, including corn, soy, cotton, peanuts, wheat, almonds, strawberries, grapes, sweet potatoes, and others, are among the many crops that farmers utilize paraquat to grow. Due to its efficiency against “superweeds” that have evolved resistance to glyphosate, its use has increased over the past ten years and is anticipated to continue growing (i.e., Roundup). Before harvest, it can also be used to desiccate crops like cotton. More than 10 million pounds of paraquat are applied by farmers annually.

The EPA defines paraquat as a “restricted use pesticide” due to its hazardous toxicity levels. Products containing paraquat can only be used by licensed applicators who have undergone EPA-approved training. Paraquat is not intended for use by homeowners and cannot be used in or next to residential areas, parks, golf courses, or playgrounds.

Is There a Link Between Paraquat Use and Parkinson’s Disease?

According to scientific studies, paraquat users have a twofold increased risk of later developing Parkinson’s disease. Additionally, persons who reside near a paraquat-using area are also at risk because the wind can spread airborne chemicals into populated areas like neighborhoods. The pesticide manufacturer refused to acknowledge the potential consequences despite several scientific investigations into the safety of paraquat, exposing thousands of unwitting people to a dangerous chemical for more than ten years.

Is There Scientific Proof That Paraquat and Parkinson’s Disease Are Related?

Parkinson’s disease is thought to be brought on by a dopamine shortage, according to scientists. Paraquat can damage dopamine-producing nerve cells in the brain, according to studies. According to experts at the University of Rochester, paraquat enters the brain directly by inhalation, which might occur if employees come into contact with aerosolized droplets while spraying crops. However, paraquat exposure through the skin or food can cause brain damage. According to the CDC, paraquat is spread throughout the entire body once it enters.

Who Is Prone to Parkinson’s Disease From Paraquat Exposure?

The highest danger of exposure to paraquat is among farmers and agricultural workers who work closely with and around it. The following scenarios are the most likely to result in exposure:

However, exposure risks are not just present for those working in agriculture. Additionally, evidence points to the possibility of paraquat drifting from the application site to surrounding settlements. As a result, paraquat used on crops may be exposed to residents of agricultural areas. In addition to contaminating publically sold fruits, vegetables, nuts, and cereals, paraquat may contaminate groundwater or well-water.

Is There a Paraquat Lawsuit?

Unfortunately, exposure to paraquat has led to the development of Parkinson’s disease in many people, especially those close to agricultural areas where the dangerous chemical is utilized. Particularly disconcerting is the substance’s widespread use, as many farmers largely rely on paraquat without being aware of its detrimental effects. [Insert law firm name] can assist you in obtaining the compensation you might be due if you or a loved one has been diagnosed with Parkinson’s disease due to pesticide exposure.

What Consists of the Paraquat Settlement?

Despite being aware of the risk associated with their product, Syngenta chose not to disclose it to the public, exposing thousands of agricultural workers without making them aware of the potentially dangerous side effects. Parkinson’s patients need ongoing care to improve their quality of life, which is a considerable price to bear without adequate reimbursement. However, if Syngenta is found liable for its wrongdoing, you will be reimbursed for your expenses for medical care, lost wages, and suffering.

Do I Have a Case Against Paraquat?

Plaintiffs throughout the country have filed lawsuits asserting that Paraquat, a herbicide produced by Syngenta, is to blame for their Parkinson’s disease diagnoses. If you were a licensed pesticide applicator or farmer who developed Parkinson’s after exposure to Paraquat, you might be eligible to sue. Compensation for medical expenses, lost wages, pain and suffering, and other losses or hardships may be made available through a successful lawsuit.

Is Paraquat Present in Roundup?

Paraquat is not present in Roundup, even though it does contain hazardous compounds. Crop resistance has decreased the efficacy of glyphosate, the main ingredient in Roundup, which has caused the agricultural sector to employ paraquat more frequently.

The risk of unintentional ingestion is higher if paraquat is purchased from outside the United States since it does not have these additional protections. However, taking these steps won’t help people exposed to paraquat at work or who live or previously did so close to a sprayed area.

The Law Office of Joel A. Levine might be able to assist you if you’ve recently received a Parkinson’s disease diagnosis and think paraquat poisoning may be to blame. Contact us right away for a free consultation.